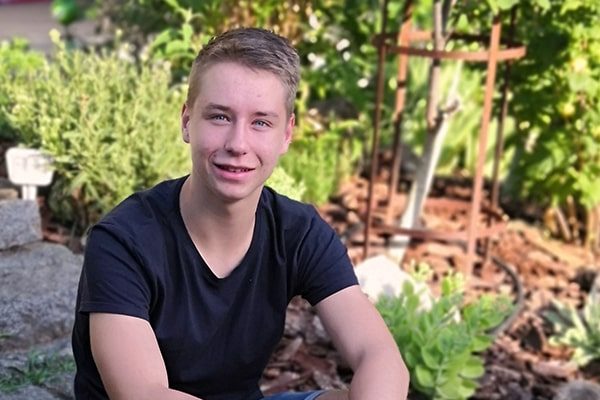 Sixteen year old Linus Bachert, born in Bruchsal, Germany, appears at first glance, to be a typical teenage boy. He lives at home with his parents, has 2 older sisters, and 2 cats, Molly & Clara, has played soccer for many years and is a staunch fan of FC Bayern Munich. Linus also enjoys playing volleyball and drums. When the music is on, it’s rap! Upon second glance, however, Linus is not so typical. Linus distinguishes himself by becoming, at just 16, the youngest Crowd Academy graduate ever, joining the ranks of more mature developers in our top 10 Digital Disruptors: People to Watch in 2019!

Currently a 11th grade student at HLA Bruchsal, Linus immediately sets himself apart by being the only student with programming skills, as well as the motivation to go the extra mile and solve problems with tech. As a recent extracurricular activity, Linus designed an app that fosters communication between teachers and students. With the class timetable as a base, Linus and his team added components around homework, exams, absences, missed assignments and the like. His strong aptitude and visionary attitude led Linus to participate at the Next Entrepreneurs, where mentors Kathrin and Dennis Hauck introduced Linus to Crowd Academy.

Linus immediately liked Crowd Academy’s tutorial style, and took pride in progressing quickly through the bases. He was able to move through the 7 bases at a steady pace, meeting both school and other commitments, while working on Crowd Academy after school and on weekends.

In 3 words, Linus describes Crowd Academy as “Training, Challenging, Exciting.” He further remarks, “Crowd Academy is an excellent training that challenges you how to solve problems, and it’s exciting to learn that there are really many ways to build an app.”

When not in the classroom, on the soccer field or with friends, Linus works with start-up Project Crowd assisting Kathrin Hauck’s development team build a revolutionary freelancer application with Crowd Machine technology. This is an excellent base for his future, where Linus sees himself, post grad, working for a leading tech giant. But first, Linus is going to enjoy his teenage years, kicking goals on and off the field!